Skip to main content
About The School
School Hours

Contact
Our Vision
Empower students to lead successful, productive lives and become contributing members of the community.
Our Mission
Ensure every student achieves his or her highest potential through research-based instruction and character education.
Our Beliefs

We believe every student has the ability to achieve his or her individual goals through engaging, technological enhanced, and positive learning experiences in a culture that supports continuous growth for both staff and students. 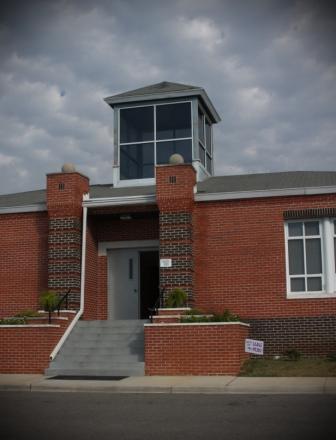 Goshen Elementary School is a small rural school in the southwest corner of Pike County. Dedicated parents and community members recognized the need for a school which would provide a quality education for their children. Through a joint effort, they purchased thirteen acres of land for the school site.

Named for G.H. Stringer, a retired principal, Goshen Elementary School was once an all-black school. Integration in the late 1960's combined the elementary students of G. H. Stringer and Goshen School. In 1966 seven classrooms, an air-conditioned library, and lunchroom were added. In the fall of 1969, grades one through four were being served and the name was changed to Goshen Elementary School.

Later, to eliminate over crowding at the high school, the fifth grade was moved to this campus and the following year, the sixth grade was added. In the fall of 1992, Goshen, Springhill, and Shellhorn Elementary Schools were consolidated. As a result, adjustments had to be made once again to provide for the number of students in grades K-6.